Book: Once upon the tracks in Mumbai

Once upon the tracks in Mumbai by Rishi Vohra is a contemporary read, drawing you in gradually. I was a little skeptical of yet another Indian English author but Vohra weaves an engaging tale of an ordinary lower middle-class young man. It is a stark portrayal of Babloo (Balwant Srivastava) , who is largely ignored by society and even his own family, owing to his mental state of mind; he suffers from autism. So he finds his refuge in a make-believe world, with only himself and Bollywood films for company.

The novel is a first-person narrative by Babloo, who lives with his family in the railway quarters, by the weary tracks, next to Bandra station. The older of the two siblings in the family, he is shunned over his younger brother. Not the one to wallow in his misery, Babloo retreats into his own world, where there is no place for judgment or self-pity. He is determined to make break out of his dreary existence but just not sure how. He has a limited interaction with the world at large and fritters away his days watching films in a nearby theater. The highlights of his day are his interactions with Vandana, his friend from the railway colony, whom he dreams of a future with, someday.

Vandana is a sensible, level-headed girl, who knows what she wants out of life. She harbors dreams of moving to America where she can lead a free existence, with a man she loves. She likes Babloo and treats him with genuine respect. But being so caught up in her desires and yearning, she is oblivious to Babloo’s feelings for her. She feels stifled when she gets engaged to Babloo’s younger goody-goody brother, Raghu, and almost loses her sense of balance and judgment when Sikander, the bad boy of the neighborhood, makes advances on her.

Babloo’s days are listless and monochrome until he discovers his latent superpowers thanks to a chance incident by the railway tracks on Holi. It helps him carve a new identity for himself and restores his nearly-depleted confidence levels. His happy ending with Vandana seems almost within reach now. But does he get the happy ending that he has always dreamt of while catching the latest Bollywood flick in the dark, musty, sticky cinema halls? Does Vandana reach the American shores? Does Sikander ever pay for his deeds?

Bombay, as much as Babloo, is the protagonist here. The serpent-like, winding local train tracks, Bandra station, the crowds, the rush to want to get somewhere, the desire to achieve something, all find place in this book. The colony atmosphere is something we are all too familiar with, the prying and gossipy neighbors, the nagging pressure to put up an appearance in society, the melodrama accompanying an impending wedding, the stark difference in our expectations from our daughters and sons, all this and more make Once upon the tracks in Mumbai a page-turner.

Vohra does a marvelous job with Babloo’s character, highlighting his insecurities and idiosyncrasies but steering clear of passing any judgments. Shades of Babloo’s character unfold as the plot unfolds and Vohra lets the reader judge. He shows, not tells. And Babloo’s character is well-researched. At no point did I feel that Vohra did not know what he was writing about. Babloo’s slow dialogues with himself, his inability to comprehend complex situations or decipher difficult words, his tendency to simplify his existence and conversations make him an endearing character.

I cringed at each mention of Raghu and Sikander. And I found shades of myself in Vandana’s aspirations and emotional turmoil, true to Prahlad Kakar’s words in the blurb on the front cover, “You’ll find bits of yourself in this book.”

The novel unfolded effortlessly, gliding from one scene to another. This being Vohra’s debut novel, I was a little wary of the language but Vohra gave me no reason to complain. I loved his choice of words. Refined, yet simple and refreshing.

Once upon the tracks in Mumbai is a light, engaging read. Pick it up one lazy afternoon and let it enthrall you with its rich, detailed descriptions gradually.

Learn more about Once upon the tracks in Mumbai. 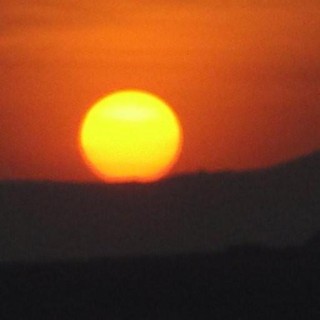